A huge crash in XIV

XIV is now down by 75% in after hour trading.

Does the fund shut down? 80% threshold almost hitting.

How does Credit Suisse exit in the termination of this etf? They have hundreds of millions of $ in vix futures. If they were to exit their short position vix is going to go parabolic.

Anyone buying it at this level? 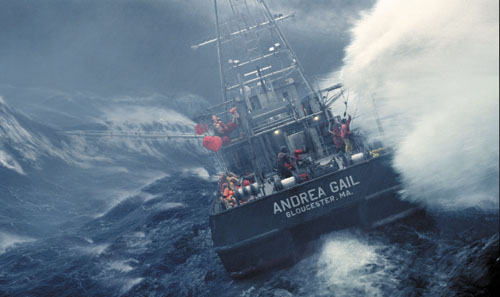 Volatility ETFs Are Broken — $XIV Down 70% in After-Hours Catastrophe - Trading...

UPDATE: What sort of ETF has a termination event that is triggered in the after-hours to absolutely

This is going to be nutty. If this fund closes you are talking about an incineration of millions of investors and a market that is in chaos due to vix spiking.

Any reason why you wouldn’t be buying this?? Why wouldn’t you with small portion of your portfolio??
I would love to have one of the volatility experts weigh in on this—seems like a great opportunity?? Where are they??

People panic selling to get out before it goes to 0. The fund will be terminated tomorrow. What is the value of it is up to what the fund gets when they liquidate and will be tied up in litigation for years. The fund has to close its positions which will cause a spike in vix tomorrow. If anything I would be getting into vxx or uvxy for the spike. But its probably safer just grabbing the popcorn and watching the fireworks.

I am having a lot of trouble creating a “new topic” but here is a summary of a fun blog post of a guy with some funds and 10% of them in “XIV.”

this is slightly off topic, but I can’t seem to actually create a “topic” for the purpose of discussing this. Anyway, outside of c2, there is a blog posting from a guy with a large account, apparently, who had a bunch of it in XIV . . .

UPDATE: What sort of ETF has a termination event that is triggered in the after-hours to absolutely FUCK everyone is owns it? Moreover, how many active managers just got caught with their pants down like me? It’s all fun and games until your fucking ETF goes to zero in the after-hours.

UPDATE: Apparently, there is a termination clause on these VIX products that permits underwriters to liquidate the product in the event of an 80% move in volatility, which would explain the selling. However, and I must admit, this is the worst ETF fuckery I’ve ever seen. I have 10% of my account in this, so I’m guessing I will lose 10% of my account by tomorrow.

Volatility ETFs Are Broken — $XIV Down 70% in After-Hours Catastrophe - Trading...

UPDATE: What sort of ETF has a termination event that is triggered in the after-hours to absolutely

If anyone can figure out how to create a “new topic” on the topic of this guy’s blog posting and the similar situation of thousands of traders and managers, that might be interesting . . . or it should be added to an appropriate thread, I guess.

The reason to terminate is to keep your friend from losing more than 100% of his investment. This is an Exchange Traded NOTE, based on futures contracts. If it doesn’t terminate before it goes below Zero, he will owe money to his broker if it goes down a lot further.

BTW, Velocity Shares has the OPTION of terminating. We’ll see what it does. I could see it getting sued in either event, even though the suits should be frivolous.

Thanks for the small bit of additional information. I knew/know about etfs such as spy and spxl and their inverses . . . I did not realize that etn meant “note” and that the “note” part meant that they could go negative by being dependent upon futures contracts–and with termination clauses to prevent them from going negative.

We have had a 10% correction taking place in the space of about 10 days or whatever it has been. Usually these things take longer . . . I think that all the money that has been put into these volatility products . . . perhaps changed the market functioning compared to in the past few years, resulting in a sudden and dramatic increase in volalitility when some of these guys with millions and billions in the volatility products had to exit.

Maybe that VIX short trade (via all means possible) just got overcrowded.
Just too many of retail traders shorting VIX. And when it went other way,
things just escalated. Sadly for all who got caught on the wrong side yesterday.

It has been said that the issuer of SVXY has told investors that it will cover any losses below 100%, I think there is a slightly better than 50-50 chance that XIV and SVXY will both will terminate this week. But I hope they don’t. Or if they do, that they issue new ones.

I think somehow the velocity trade itself exploded when the issuers had to buy or sell enough contracts to rebalance and couldn’t do it at a reasonable price, driving the futures themselves crazy.

I know you’re upset that your system lost big. This quote below is not an excuse. You’re basically saying you’re trading a product you don’t fully understand. That’s like someone that trades futures and doesn’t understand what lock limit down is. I’m sorry I have to be blunt but there needs to be accountability. If you don’t 100% understand what you’re trading there’s a problem with that.

If you were trading this and didn’t fully understand the risk or didn’t know the risk is NOT an excuse. You didn’t even know it was a note yet you’re putting investor money in it. Do you see a problem with that? Saying it’s fun and games and you got caught with your pants down makes you sound like a victim. You’re not. What you’re doing is deflecting blame when you should have known your product inside out before putting a penny of your investor money in this.

I did not realize that etn meant “note” and that the “note” part meant that they could go negative by being dependent upon futures contracts–and with termination clauses to prevent them from going negative.

What sort of ETF has a termination event that is triggered in the after-hours to absolutely FUCK everyone is owns it? Moreover, how many active managers just got caught with their pants down like me? It’s all fun and games until your fucking ETF goes to zero in the after-hours.

rather than insult me . . . if you read the context or followed the link . . . you would realize that I was quoting some funny parts of a blog post of someone else . . .!

I read everything and wasn’t insulting you. I’m just saying that every trader needs to understand 100% the product they trade. If it’s his money that’s one thing. To put investor money in something without fully understanding it was what I was addressing.