second question - where can i see the total return from the start. i calculated this buy looking at total gains but i don’t see this parameter alone.

i refer to my system - but this is general question: 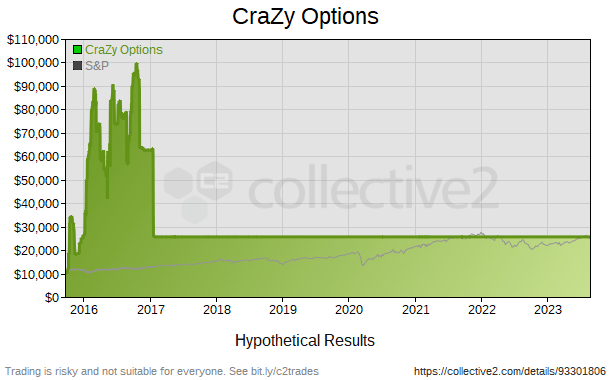 What is the ‘Compound Return’

The compound return is the rate of return, usually expressed as a percentage, that represents the cumulative effect that a series of gains or losses have on an original amount of capital over a period of time. Compound returns are usually expressed in annual terms, meaning that the percentage number that is reported represents the annualized rate at which capital has compounded over time.

When expressed in annual terms, a compound return can be referred to as a " compound annual growth rate (CAGR)".

For example, if an investment fund claims to have produced a 10% annual compound return over the past five years, this means that at the end of its fifth year, the fund’s capital has grown to a size equal to what it would be if the funds on hand at the beginning of each year had earned exactly 10% by the end of each year.

However, this does not mean that the investment actually appreciated by 10% during each of the five years. Any pattern of growth that led to a final value of $1,611 after five years would equate to a 10% annualized return. Suppose the investment earned nothing for the first four years, and then earned $611 in its last year (a 61.1% return for the year). This would still equate to a 10% annual compound return over the five-year measurement period, since the final amount is still equal to what the $1,000 would have grown to if it had appreciated by a steady 10% each year

from here i can see that total return is (starting with 10K) is ???
does this include all cost?