Some interesting thoughts on where this market is today

For years, I have followed the research of Dr. Edward Yardeni. He just released a piece looking at the bull/bear ratio of the current market. Very interesting. Take a look here:

Always liked Yardeni’s research and charts. Strange that there is no chart for the yield curve. When that puppy inverts it usually a signal to kiss a bull market goodbye. Not right away, but in coming months. Corrections are part of bull markets but the big bears in modern times has help from the Fed by inverting the yield curve and causing a recession and a subsequent bear market.

In December, the yield curve made a small parallel shift upward and the slope remained at 105 basis points. Predicted real GDP growth over the next year fell to 1.3 percent and the expected chance of the economy being in a recession in 12 months fell...

Good point on the yield curve. An inverted curve of course would be driven by a combination of short term rates going up (driven mostly by the Fed) and long term rates going down. IMHO there are pressures against each right now. Long term rates are already very low so for them to go lower would suggest some type of flight-to-safety scenario (not good). For short rates, I wonder about the degree to which the Fed has latitude to raise rates without causing other ramifications that we never faced before. I ran across the thorough analysis below about this. Suffice it to say, our politicians have some enormous challenges. Pretty scary to think that they’ll step up! 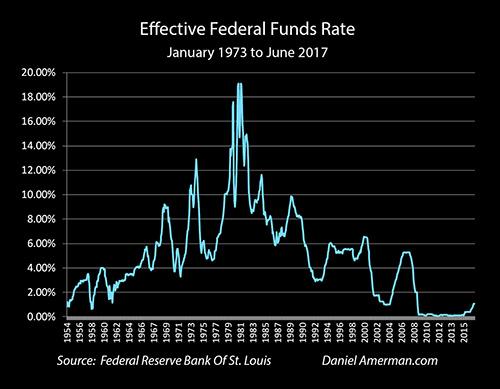 Detailed 21-point analysis of the impact of proposed Federal Reserve rate increases on Federal government finances over the next 1-30 years. The latitude of the

RFC-Agathos1 and TrendSurfer, Thank you very much for the information, very interesting.
Best,