Is anyone looking for a top in ES about 2620 for the year?

I’m not looking for the top, I’m waiting for it. As Jesse Livermore said “sell on the way down”.

OP,I have two questions for you:
1.How much you can make in terms of % by picking a top?
2.Are you able to determine a trend? 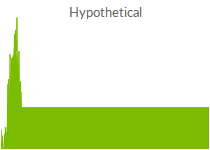 Looks now like ES 2620 was maybe just a bump in the road on the way to higher highs. Thanksgiving to Christmas is historically one of the best stretches for stock market gains, and this year Black Friday/Cyber Monday have outperformed last year by over 15%. Are you willing to bet against the trend?

It is not 50/50.
ES has been up 400+ points this year.
While the top is only one point.You need to hit one point out of 400+ points. So what is the probability of hitting the top?
And how much you can make if you do hit the top?
Now consider you ride a trend. Out of 400+ points, from any one point you begin to long,you make money.
And you could make much more money than trying to pick the top.

Golder, I said its NOT MUCH better than 50/50…lol. Picking tops/bottoms is a losing technique.