Martingale. Typically takes small wins on winning trades. On losing trades he doubles/triples down, etc - keeps buying assuming it will eventually come back. 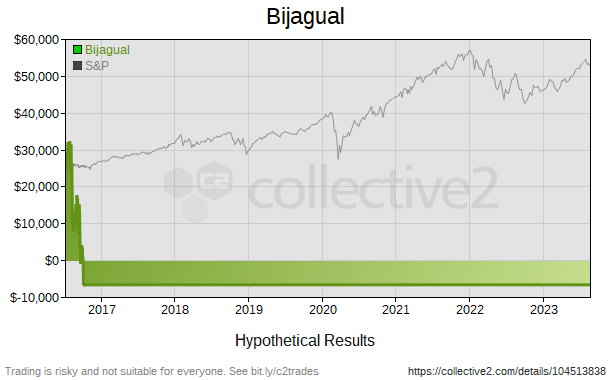 So, like so many others here, he just started a new system, doing the same thing. Had a 70% drawdown in the first few months and has had >50% drawdowns since then. Like most martingale systems they will look impressive, until they completely implode and you lose 100% of your capital.

Love the review “When you see those large drawdowns, it’s because he strongly believes the market will turn. And he is usually right.”

Usually… not always. And when he is wrong, and the entire account is levered into one giant trade… Poof goes your money.

Agreed, and add to that it is not an intraday strategy, trades can go on for a month or more introducing all manner of possible exogenous factors.

Example from 12-18-17, he went short AUD/JPY, short more, short more, short again, short even more (all into a losing trade) until he was in for 200 contracts, then BTC a mere 20 contracts on a slight favorable move, then it went against him again and he went short another 70 (in for 250 contracts on a ~$100k account), then next day took a loss on those 70 contracts as it continued against him. Then nothing, and it sat with 180 contracts for three weeks or so until it closed at a profit on February 5 around the time of the Volpocalypse.