Before posting the trading results for this week I am going to answer InteractiveAssets’s question first.

He wrote and I quote (see his original post on my thread at Introducing the "Money Every Week" system - #10 by ForexStar2):

“Can you help me understand why C2 shows a 12% drawdown on one trade in light of the 3% maximum stop loss requirement your investment plan has? I am referring to the trade opened 7/6/22 14:07 ET and was closed about 5 minutes later”

Yes he is absolutely correct, a few losing trades did indeed go beyond the 3% stop loss limit that this system is not supposed to exceed.

Because I must admit that I have made a few silly and costly mistakes that should have never happened in the first place (even though none of my SIM followers lost a penny since day one).

Quite frankly, I am still mad as hell about this stupid losing trade!

After I closed that losing position I truly felt like Nick Leeson, the British rogue trader who lost 50 million British pounds in one day, and $1.3 Billion overall betting against the Japanese Nikkei futures: 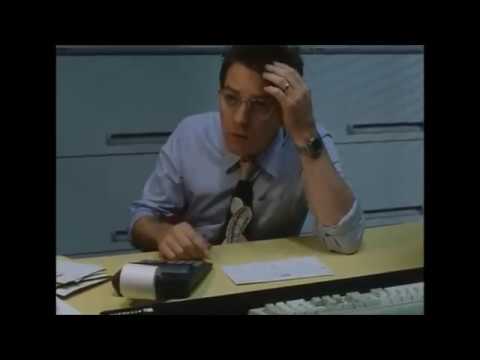 I don’t know about you fellow traders but I strongly believe that any trader who allows a single position to devore 10% or more of his trading capital should have his head examined immediately, period!

Unfortunately, the @MYMU2 symbol (Micro Dow Jones) was on my clipboard at that time and after doing a copy and paste I ended up buying 8 micro Dow Jones, by mistake!

By the time I realized my error it was too late, and I ended up eating a $484 loss (with a maximum drawdown of 12.5% ) in less than 5 minutes, instead of WINNING close to $500 on that short crude oil trade!!

The second (and last) two-digit maximum drawdown per trade happened on 6/29/22 at 15:50, when I shorted 8 micro Nasdaq 100 contracts. That stupid losing trade generated a 10.87% maximum drawdown in less than 3 minutes.

What happened in that case is simply simple : I truly believed that I closed that position after it lost $128. Unfortunately that was not the case and after a few minutes I finally realized my error and closed that losing position ($360 loss).

You see, as a Trade Leader on Collective2, when you want to close a position you simply cannot click on the CLOSE button on the Web Trader platform and be done with it, you MUST also confirm the buy/sell order by clicking on the “Place Buy” or “Place Sell” button, otherwise your position will remain open.

In the heat of the action (and day-trading is a VERY intense activity), it is very easy to overlook that 2-step process, especially if your system is making 20 trades or more a day on average.

Let me briefly explain: as a day trader I follow and watch at least 10 financial futures instruments on the 1-min time frame. That means that my system routinely generates tons of trading signals each day, especially when the market is highly trending or making a sharp reversal.

As a result it becomes virtually impossible to :

1: Calculate the exact number of contracts to trade in order not to exceed that self-imposed 3% stop limit.

2: Feed the C2 WebTrade with the exact stop number and correct micro/mini contracts to trade.

3: Watch and monitor all these simultaneous day-trades in real time.

That’s why I added a powerful filter this week. This purely mechanical filter prevents a lot of low probability and higher risk trades from generating a signal.

And as you can see, it is already working: On Friday July 8 the system only issued 7 trades (5 winning trades and two small losing trades), compared to the 20+ trades/day that this strategy usually generates!

You can also notice that the number of contracts traded (what our friend InteractiveAssets calls leverage) has also been greatly reduced.

Because now I have much less trades to deal with, and that means I will have plenty of time to do the appropriate mathematical calculations and enter the 3% stop that this system must not exceed.

Also note that the average drawdown per trade so far (after more than 220 trades) is still below the 3% limit (2.32% to be exact, download the trading results, fire up your Excel and see for yourself)

I remain highly confident that with this new powerful filter and strict risk limit this system will not only recover in no time, starting next week, but make new highs each week from now on.

If you have any question/comment please feel free to post them at any time.

To your (our) success.

I know we don’t see eye to eye on what methodologies are appropriate or ideal, but I appreciate the openness about what the causes were for those drawdowns. Good luck on your trading!

Thank you Sir, and may you always be on the right side of the market.