This is regarding the strategist behind the Chubs 7500 futures trading system. I received an unsolicited invitation from him, asking me to check out his trading system. In other words, he invited me to check out his system. I did, and sent him a message that was critical of his draw-down. His reaction to it was a personal attack on me and my children as well as criticism of my math (which was really C2’s math).

If you’re considering trading his system, beware that the strategist is probably more volatile than the market he trades. A screen-capture of our brief conversation is included with this post.

Lew, your reply to his initial email was also pretty immature and ad hominem, so why are you surprised by his tone? His lack of even temperament and pettiness has already been demonstrated on this forum, in previous topics.

I never reply to any of these kinds of emails I get from developers. And if I did, I wouldn’t choose that opportunity to lob a few stink bombs at the guy.

The APD of his system is right now 0.31 which is a big warning that one of these drawdowns is going to get out of control. That’s all you needed to say, if you say anything.

Seems like you got an identical response that you gave and got your feelings hurt. Grow some skin or keep your comments to yourself, problem solved. 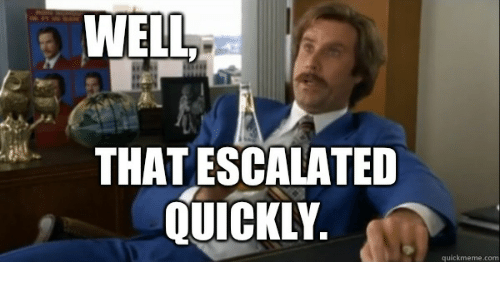 I did not even answer this developer.

not the first time I’ve seen someone struggle with percent/account size… I gotta side with chubb on this one… if your dartboard yields these kind of results, you better start throwing

Bigger question - why doesn’t Chubs 7500 just perform well over the next 3-6 months, and the money will flow in automatically.

Why the constant need to get subscribers NOW!!! ?

IMO it’s because they know they don’t have any real system and they want to get as much as they can as fast as they can. Just my 2 cents.

For the record: I totally agree that real discussions about performance, dd, etc should be conducted in a somehow civilized manner.

All this is said, for better or worse C2 calculates the DD not relative to starting capital but relative to simulated / assumed then-current account value. [In a different thread I explained why this is misleading, but this is not the discussion here.]

You miss the point. The inappropriateness of my response isn’t the issue here. What’s relevant is how the system vendor responds to criticism. Do you want someone who flies off the handle to be controlling your trades? That, and only that, is germane to the point I was making.

I have a habit of bringing out the best in people!

The subjectively selected starting capital (scale) or the C2 posted starting capital have nothing to do with the way C2 calculates DD. This was exactly the point of my post. (I will not repeat how they calculate it, re-read it if you wish.) Sure, if hypothetically you started with $100,000 then your DD was only 4%.

You are right that everybody should scale according to their risk tolerance. How to calculate the scaling factor is a completely different discussion. [And part of that discussion could be whether the numbers published by C2 are useful for this calculation or not.]

What gets lost in all this noise about DD size is the risk-adjusted return. The strategy has good Sharpe and Sortino ratios. I would go so far as to say the DD size on C2 is almost irrelevant if it’s not taken in context of the returns. 26% DD is fine if you’re looking at 50%+ returns over a 6 month period - the solution is simply to scale down, or employ more capital for the same scaling, and the strategy becomes very tradable.

Personality and temperament aside, the strategy leader doesn’t employ martingales, uses fixed stops, and the strategy thesis is pretty straightforward. He’s sent me a couple of backtests, done a couple of different ways, and the worst DD I saw in $ was $4k-$5k per contract. The % DD would entirely depend on how much capital one chose to use per contract in the backtest. There are many attractive things to commend this strategy. I’ll be watching it for sure over the next couple of months.

I’ve said this on another thread about A Strategy for YM, and I repeat: it’s not the DD that matters, it’s the Return:DD ratio.

Also the suggested minimum from c2 is the dumbest thing ever. I subscribed to a TOS system that is around 1million, c2 suggested capital of 35k, and the strategy smaller trade is 10 option contracts. If you scale anything less than 10% you pretty much can’t Autotrade. If u start with less than 100k, then you are going in x2 or x10 the risk in comparison to the leader. Which I saw a few 75k-120k subscriber scaling 100% to leader at 1MM. When a draw down happen they scream and yell that the leader never have stoploss or he loss them 25%. When the strategy is only down 5%.

Which I have no idea where c2 come up with the suggest starting amount, maybe they should let the trade leader enter that number.

this is a net positive for Chubbs, I guess there really is no such thing as “bad press”… lmao

I don’t know that I like the conversation from either side here. However, I think it is significant to note that @CsabaBiro01, the leader, also reach out to me. I was cordial to him and he was cordial to me. We did have serious conversations that were helpful. For example, I asked about how he protects himself when using so much leverage and if he held over night.

“No problem if you ask. I use hard stoplosses so whatever the leverage I can only lose the amount I risk in the stoploss. The stoploss is 110ticks or 550usd. Leverage is lethal without stoplosses as we know. I am very strict about using stoplosses, otherwise I would be out of business very quickly. So if Dow drops 110 points I am stopped out already, I am now longer in the move. 110points/25000= 0.44%. So if Dow drops 0.44% then I cannot be in the position any more. Does this make sense to you? If so then you can see how I protect against whatever happens in the market.”

“I used to hold overnight before February 2018 but the recent volatility showed me that it is very risky, especially yesterday was nasty, although it would be recoverable. So I try to avoid holding overnight at any cost.”

@CsabaBiro01 would you be able to explain why recent losses have been above $550? Honestly, I know little about futures trading and don’t understand if the recent loss that was about 3 times larger than the cited $550 was because of larger stop losses or holding overnight etc.?

Hmmm. Seems to be off his system parameters, reason enough to have losses beyond spec.

Or there was a system error causing all this, and not his faults at all!

This guy actually is a jerk. I am subscribed to his system ( i guess I am an idiot to follow his system ) and not happy with recent series of losses. I sent him couple of questions and lets just say that he got upset and told me to learn some manners.

Good observations, I share the same concerns of Chubs7500, the trade leader breaks his own risk management rules very often (stop loss at -$500, no overnight).
I don’t have additional comments for the trade leader’s temperament, he simply cannot handle negative comments from the investors.
So…my question would be why bother following a trader leader who is not professional and cannot communicate?We are the customers we can choose, correct?